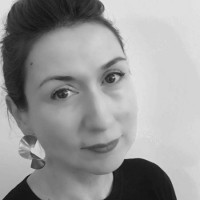 Taking a business from your kitchen table, making it into a nationwide success story, and selling over 100,000 units a year sounds like a fairy tale. But organic growth isn’t about mysterious fortune; it’s about perceptiveness and being adaptable enough to make changes at breakthrough moments. We chatted to a craft company who has achieved lucrative organic growth and discuss what's necessary for successful scaling.

Sarah Marks is the co-founder of Buttonbag, the hugely-successful kids craft business, comprising creatively packaged kits for children to learn how to sew, knit, cross-stitch, crochet, and more. Buttonbag is proof that it’s possible to get started from the kitchen table. They grew from a stall in London’s Greenwich Market, to be sold across a network of more than 200 stockists, including big-name retailers like Liberties, Waterstones and John Lewis. We hear from Sarah about the brand’s achievements, the steps of their growth and her experience selling at retail and wholesale levels.