To mark Fair Trade’s fight against poverty, climate change and the economic crisis, Berwick Street is hosting a World Fairtrade Day Pop Up Market on Friday 9th May 2014. Passing customers will be able to sample and buy a wealth of fantastic fair trade goodies, and the very best of fair trade will be on offer: from Offset Warehouse’s pioneering ethical fabrics, to Akoma skincare products, to Zaytoun olive oil and delicious Divine chocolate. 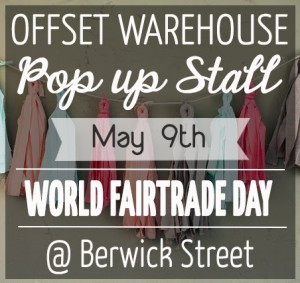 Berwick Street is famed for its independent tailors, fabric and clothing shops, its many cafes and its historic market dating back to the 18th century. In showcasing high-end fair trade products in this vibrant environment, during World Fairtrade Day, Soho will be turned into a community of ‘Fair Trade People’ and a beacon for fair trade organisations, traders and media. 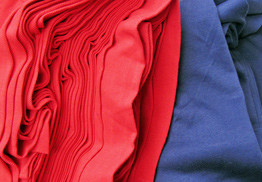 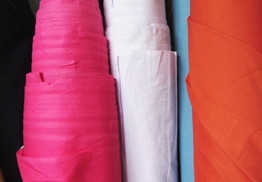 What is World Fairtrade Day?

World Fairtrade Day is an initiative of the World Fair Trade Organization (WFTO) that takes place on 11 May 2013. Recognized globally, events take place around the world celebrating Fair Trade’s contribution to the fight against poverty, climate change and the economic crisis that has the greatest impact on the world’s most vulnerable populations. It is a worldwide appeal to consumers to include Fair Trade in their shopping bags, to businesses to incorporate Fair Trade in their supply and to offices, and local authorities and national governments to include Fair Trade in public procurement. 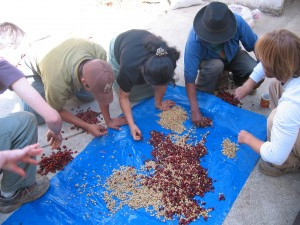 Why Do We Need Fair Trade? 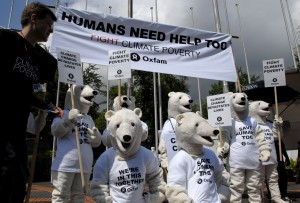 Check out the food program services such as food stamp offered by various states across the globe who make life worth living for the poor people whose access to food provision is difficult.