Freedom And Unity: The Incredible Story of Khadi Weaving

Freedom And Unity: The Incredible Story of Khadi Weaving

Have you heard of Khadi? It is a fabric with an incredible history that all textile enthusiasts and designers should know about. It proves the importance of fabric in our culture and how influential and life changing textiles can truly be. This is the story of a 5,000 year old process that was rekindled in India by Mahatma Gandhi almost one hundred years ago: The Khadi Movement.

The Basics of Khadi

With it's roots in India, the word Khadi can be used to describe any hand spun and hand woven cloth. It is usually made from cotton, but can also be woven in wool and silk. It is a fabric that has clothed millions of people for centuries and has produced hope for many in a time of great strife. Let me explain...

A Simple, But Elegant Process

The process of weaving Khadi is simple and traditional. Completely done by hand, it requires absolutely no electricity to create it - quite incredible in this day and age. First, cotton is harvested from fields where it is brought back to be cleaned. A comb is used to remove seeds and separate the fibres. Then it enters the last phase of cleaning with a process called ‘carding’, which produces the final fibres to be used called ‘slivers’. These slivers are then put through the good old-fashioned spinning wheel, or ‘Charkha’. The fibres are spun into yarn, which is then woven by artisans, dyed, and sold. For a more in-depth look at the process behind making fabric, have a look at one of my previous articles.

A Fabric With Purpose

While the process my be simple, Khadi is far more than just a simple cloth. Khadi represented hope when it was revitalised in 1918 by Gandhi. During this time, most of the raw materials grown in India were being exported to England to be spun and woven. They would then be re-imported as costly finished clothing. This meant the local population growing the plants saw very little profit and were losing out on work they could have easily done themselves. Gandhi saw the process of creating Khadi as a way to independence and freedom from foreign rule, and unity between all the classes. When Gandhi first began spreading the idea of the Khadi movement, he envisioned a more self-reliant India and it was life changing for many.

Many people in the poorest areas of India were desperate for work that was reliable, and self-sustaining. At the time, and even to this day in many parts of India, farmers were unable to earn the living they needed throughout the entire year. The fields can remain idle due to rain or drought for up to four months. Khadi provided the answer. Villages could produce, and importantly, use their own raw materials, and because of the multi-step process, everyone in the village could participate. Spinning, weaving and producing their own fabric rather than exporting the raw materials provided the opportunity to keep on earning. Spinning wheels could be refashioned from old parts and materials. This provided the farmers with cheap outset costs and, being a relatively easy skill to learn, anyone could do it. (See the picture below with the spinning wheel made from an old bike wheel. This is from one of our mills today, showing the thrifty spirit is still alive today!) 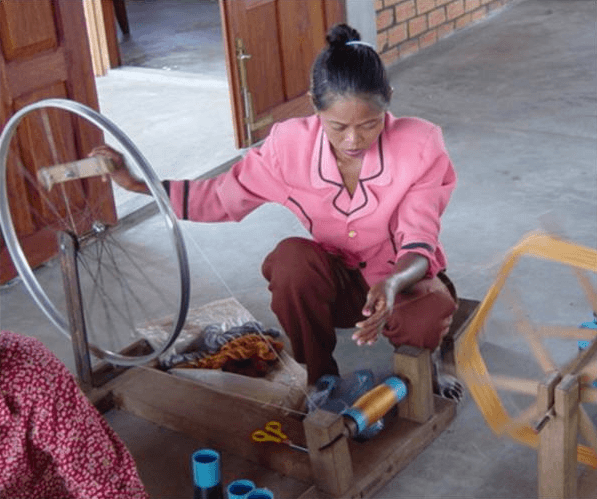 Encouraged by the Swadeshi Spirit to boycott foreign goods, Khadi was a political weapon freeing the people of India. They now had the power to provide for themselves.

Those of even higher socio-economic stature would eventually participate. Gandhi worked hard to detach the stigma of hard manual labour from Khadi - something that was looked down upon at the time. He sought to bridge the economic gap, by asking every person to spin for at least an hour a day, as a duty to the poor in the country. The act of producing Khadi became not just a job, but a lifestyle. Whole villages became self-sufficient, changing the country forever.

“Swaraj (self-rule) without Swadeshi (country made goods) is a lifeless corpse and if Swadeshi is the soul of Swaraj, Khadi is the essence of Swadeshi”.

From Past to Present 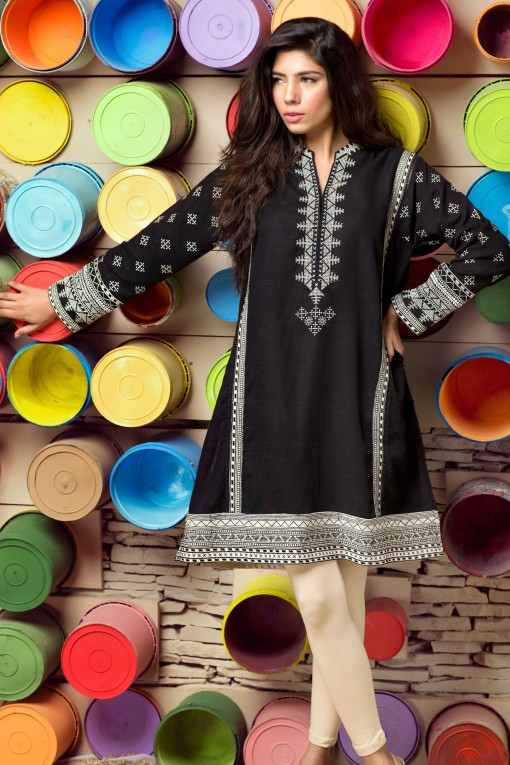 Now, nearly a century later, the industry of Khadi is booming more than ever. It is a completely eco fabric - no electricity is used and Khadi is still made to support local communities be self-sufficient as Ghandi intended. 70% of the artisans involved in the process of Khadi production are women. Often demand is higher than that which can be produced! Offering designers and manufacturers an eco-friendly option for fabrics, while still serving its original purposes.

70% of #artisans involved in #Khadi production are women.

Designers are becoming more and more excited about the possibilities that Khadi offers. This is bringing Khadi more to the forefront of high-end fashion. Just take a look at Kaadhi (above) using handwoven cloth to create modern, Indian Clothing. Designers have used Khadi for a whole host of pieces, from simple shirts, to intricate bridal wear. It has even made it to the realm of haute couture. The story of Khadi is one of humble beginnings and the dreams of a nation coming together to create something bigger.

#Khadi is a story of #humble beginnings & the #dreams of a nation coming together.

Buy Your Very Own Khadi 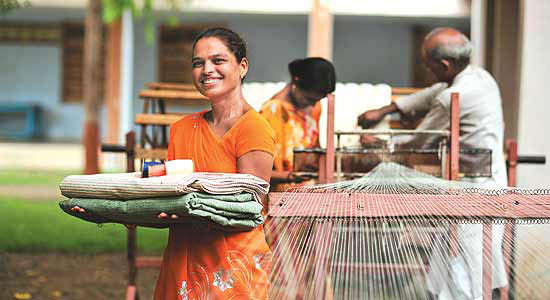 I'm incredibly proud to say that a whole host of our fabrics at Offset Warehouse are these exact Khadi fabrics! I don't often refer to them as "Khadi" on the website or when I talk about them, as unfortunately the term is sometimes lost on the modern maker. Produced in India, the entire weaving process is done by hand and I couldn't be more proud to support the makers who craft these stunning textiles. Have a little look, here:

If you thought this article was interesting sign up for our newsletters for the latest blog posts and updates. Please do tweet the article using the links throughout and below!

More than simple #cloth, #Khadi provided an idea of hope when it was revitalized in 1918 by #Gandhi.

The #act of producing #Khadi, not just a #job, but a #lifestyle.#Weaving #cloth #India