There are probably many items of clothing within your wardrobe that are made of linen – but how much do you actually know about it? This article will give you all of the essential information that you need to know and answer some of your burning questions like "How is linen fabric made?".

Series on Fibres: How Is #Linen #Fabric Made? #fibre #learning #fashion #interiors 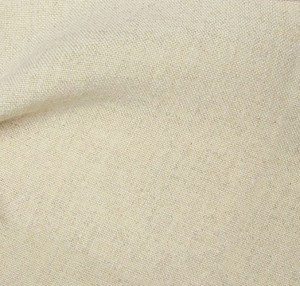 A Brief History of Linen

Linen as a fabric has been used by human beings for hundreds of years. It is difficult for many people to imagine a world without it! The history of linen can be traced right back to the Ancient Egyptians, who valued linen so much that they even used it as currency. Linen was only usually worn and used by those in the upper classes, and this continued to be true when the Greeks started using linen. Eventually, linen was produced in France. The Hugenots eventually brought linen manufacturing over to England and Northern Ireland – and since then, linen has been made all over the world.

How Is Linen Fabric Made?

Just like cotton fabric, linen is made from a natural source – a plant. Linen is created from the fibres that naturally grow as part of the flax plant, a plat that grows all over the world. The production process is quite simple, which is why linen has been used for so long, but more modern techniques have been adopted in many places.

The fibres first have to be naturally degraded from the plant. This is achieved through "retting". This is a process which uses bacteria to decompose the pectin that binds the fibres together. Natural retting usually takes place in tanks and pools, or directly in the fields. There are also chemical retting methods; these are faster, but are typically more harmful to the environment and to the fibres themselves.

After retting, the stalks are ready for "scutching". This removes the woody portion of the stalks by crushing them between two metal rollers. Scutching takes place between August and December. The waste that will not go into fabric manufacture, will be put towards other uses, such as linseed oil. I love fabrics where the production produces zero waste - i.e., the entire plant can be used and linen is a great example.

Then the fibres are "heckled", basically combed, out into long streams of natural material. The fibres will then be spun into yarns which can then be woven to create a natural fabric that we all know as linen. You can find out more about the five stages of production here at the Irish Genealogy Toolkit.

What Are The Characteristics of Linen?

One of the most fabulous things about linen is that the natural colour is incredibly beautiful. Depending on how the natural fibres of the flax plant are treated, the colour of linen is creamy white or light tan – but linen also holds dye colour very well, which makes them perfect for many different colours.

Although linen does not have a very natural elasticity, it is incredibly breathable, making it the perfect material for clothes that are going to be worn in hot and humid weather. The feeling of linen has been described as coarse, but that is often dependent on the way that the yarn has been woven.

Linen is a fabulous fabric, and it has a huge number of advantages. For a start, linen is a totally sustainable fabric if the flax plants are cared for properly. Linen is very breathable, which means that those who struggle with keeping cool absolutely love linen clothes. On the other hand, because of the way that it is created, linen can end up being rather expensive. The yarn of linen can sometimes break if the material is folded along the same point over and over again, causing permanent creases.

There are many different environmental benefits of linen, and many of them will surprise people. For a start, because linen is created from a totally natural material, it is completely biodegradable, which means that when someone has finished with a piece of linen, it does not sit in a landfill site, one of the biggest causes of global warming. However, because linen is derived from a natural material, it is essential that those that grow flax do not use pesticides or other horrible chemicals within the fields where they grow their flax. Linen can be certified organic, and if it is not, it can have the same damaging environmental effects as non-organic cotton.

I hope you've enjoyed this short article about linen, and that some of your questions about what linen is and where it has come from have been answered. And of course, I couldn't go without saying that if you're looking for linen fabrics, then please do have a look on Offset Warehouse!

If you'd like to read more of these articles, then please do sign up to our monthly newsletter, where I round up all the latest posts. And I’d really love if you’d share the article using the “click to tweet” buttons throughout the article and below!

How linen is made & why it is sustainable. #linen #fabric #zerowaste How to Design Your Own Handwoven Fabric