Online shopping is fabulous. Being able to purchase some of the most incredible fashion designs in the world without leaving your home is a fantastic feature of the modern world we live in. Whatever you are looking for, the chances are that you will be able to find what you want from one of the many different online fashion retailers that we have available to us – from ASOS to Secret Sales, Not Just A Label to Polyvore. Who are the best online fashion retailers – and what makes their sites so good? What is the secret to their success?

Who are the best online fashion retailers & what makes them so successful? 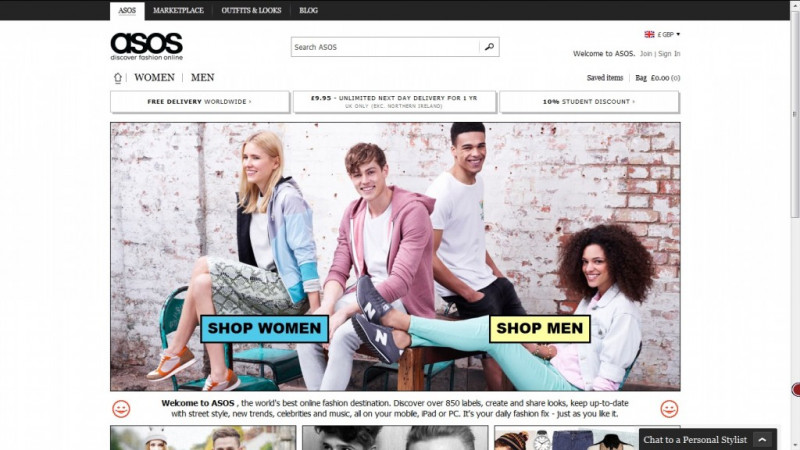 This British online fashion and beauty behemoth has really cornered the market in online fashion retailing. It's often the first (and sometimes the only) name that springs to mind when younger consumers mention online shopping.

Why have they been so successful? ASOS have been around since 2000 and they have really moved with the times. As well as seeking out a gobal markets to increase their sales, they were one of the first retailers to embrace social media. They have positioned themselves as 'a global online community of fashion lovers.' They further embraced technology by being one of the first fashion retailers to create an app for shopping on the go.

The sheer scale of their range, over 850 different brands, means you can find almost anything here, which is really a big part of its appeal. The products hit different price points – from high end luxury, to high street. The ASOS Marketplace has blown the door wide open for up and coming designers to get their collection off the ground, it's also a great place to hunt out unique vintage items. They really have hit a winning formula with young and fashionable clothes seekers, offering a vast range of shopping options in one place. 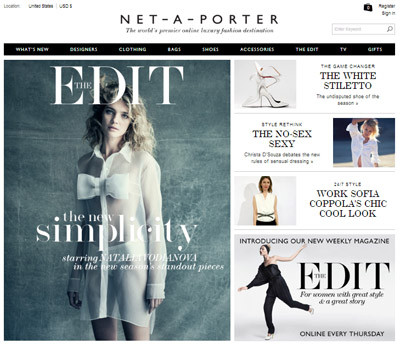 Now 15 years old, Net-A-Porter was one of the very first magazine-style online fashion retailers, launched in the midst of the dot.com boom. You could say founder Natalie Massenet had the right idea at the right time! At first, she had to beg designers to let her stock their designs. In just a few short years they were clambering over themselves to be involved.

Net-A-Porter has gone from strength to strength, growing with Mr Porter (mens fashion) and Outnet (the outlet store) being added as well. You could describe Net-A-Porter as a mixture of a luxury high end shop and Vogue - and it definitely has the best of both worlds. Customers enjoy the slick layout, being able to buy designer items at home or at their desk, taking away the pressure often felt walking into a designer store. It may still be expensive but Net-A-Porter has made designer fashion much more accesible to everyone not just the elite few.

Not Just A Label 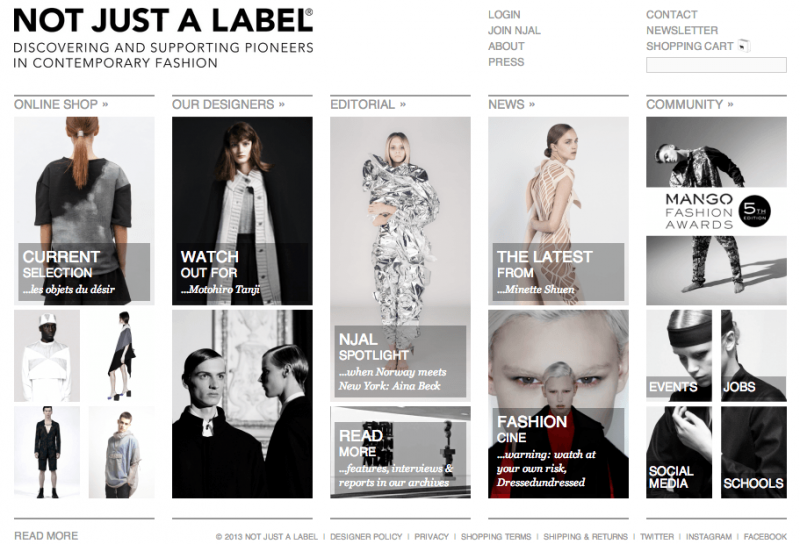 Not Just A Label or NJAL is quite different to the other retailers on our list. NJAL is a London-based global sales platform and community space highlighting the work of independent designers. Started in 2008, they are now world leaders in this field. If you have ever wanted to contact designers directly, then this is the place for you.

Designed to be more of a virtual showroom than an online fashion retailer, here is the place where customers and independent designers can discuss what they are looking for together. They do not hold stock for the designers, but take a 30% cut from the final price, which the designers set themselves. They have been heralded for their gracious support of new designers and sustainability is at the forefront of their ethos, listing locally produced items in keeping with the slow fashion movement. As they say themeselves: "NJAL has pioneered a revolutionary approach to the fashion industry, outside of politics and the tired existing systems that are detrimental to the growth and integrity of its designers." Many different celebrities have shown their appreciation for Not Just A Label, including Vivienne Westwood and Beyoncé. 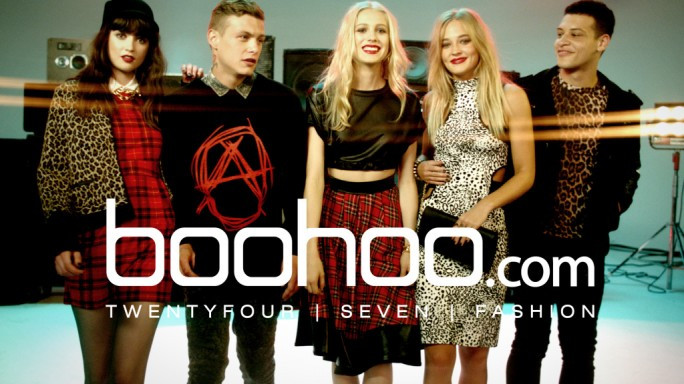 Another British success story, Boohoo is all about affordable, up to date fashion for those who do not have a huge amount of money.  Their target market is 16-24 year old fashionable women. Sometimes referred to as the online Primark, the quality is sometimes called into question but the sheer speed at which they change their stock is their appeal, they are the definition of 'fast fashion'. New designs are released each week to keep up with changing tastes. Catwalks, fashion bloggers and trend influencers are watched closely and reacted to by the team of in house designers. Whether you agree with the fast fashion business model (which I don't) or not, their sucess is undeniable, having started in 2006, in 8 short years the company was valued at £850 million in March 2014.

Something that may surprise a lot of readers is right now over half of their stock is made in the UK. To cope with demands for quick turnover of styles they transfered much of their production, that was originally in China, to the UK. They and companies like them, also see Missguided who have a very similar tradjectory as Boohoo, are really pushing a resurgence in the UK rag trade.

On the surface this sounds really positive for the UK economy, but we do have to be weary. Manufacturing in the UK does NOT automatically mean fair wages and no slave labour. The 2010 sweatshop scandal in Leciester is a good example of this, where workers were being paid as low as £3.50 an hour for 12 hour days. 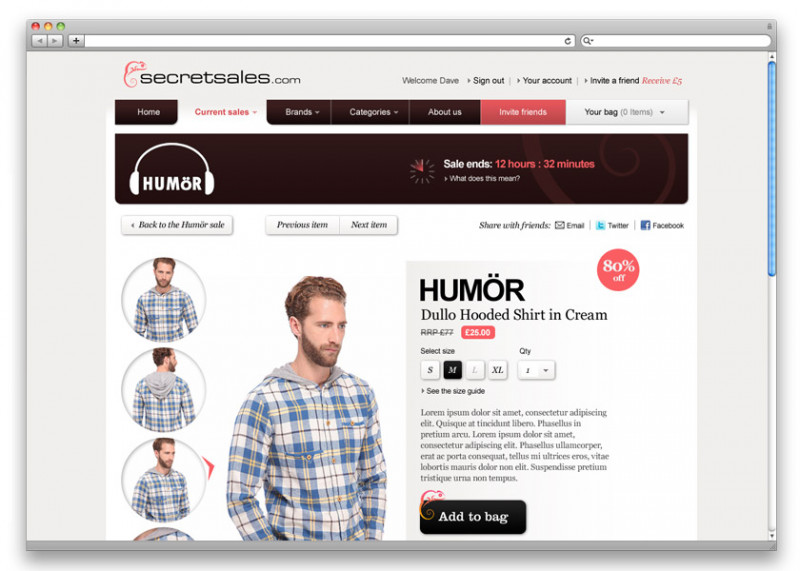 No one likes to pay full price for anything, which is what makes Secret Sales so popular as an online fashion retailer. Packed to the roof with fashion that is still hot but needs to be moved on, you are almost guaranteed a bargain when you start to browse this website. Many people find signature and staple items from Secret Sales that they would never have been able to afford elsewhere. 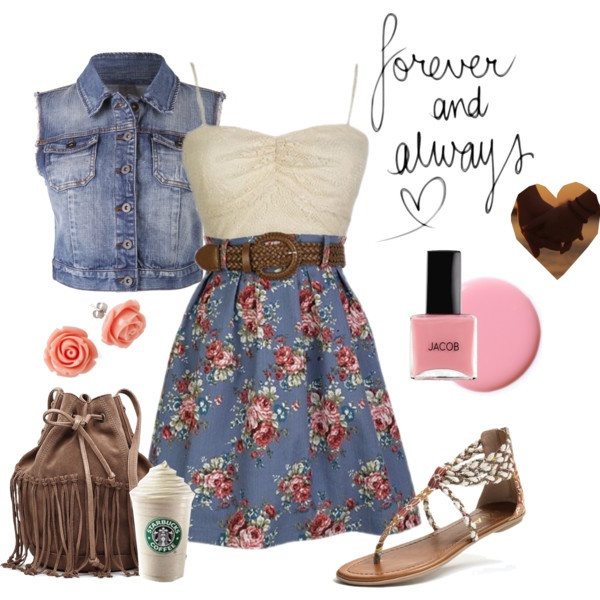 Polyvore is an incredibly unique concept. Many users see Polyvore as a creative platform, rather than an online fashion retailer, but that is what they do so well: Instead of pushing products, they instead allow users to create their own mood boards with images from retailers – so if a person wants to buy the ‘look’, they know exactly where to get it. It's shopping without realising you're shopping - genius!

As you see the success and stories of these online retailers vary hugely but do all have a number of key things in common: changing with the times, embracing technology, providing what their customers demand quickly and making their products look highly desirable. Although many of the sites sell different fashion brands like ASOS, NJAL and Net-a-Porter the names have become brands in themselves. They have made themselves household names that people trust for guidance and advice, not just for shopping.

Which of these online fashion retailers have you tried – and where are you going next?