Did you know that Angora is six times warmer than wool? Find out what Angora is, how it''s made, why we love it and why it is such a controversial fibre.

What is Angora Wool?

Many people assume that Angora wool is just like any other type of wool, and is shorn from sheep. However, there is nothing quite like Angora wool in all the world: it is actually derived from rabbits! Confusingly, it is still referred to as wool, and in fact, Angora wool is considered to be one of the most luxurious in the world. 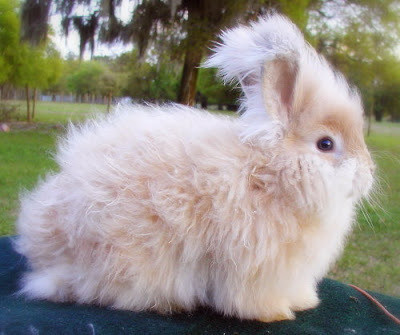 How is Angora Fabric Made?

The Angora fibre comes from a specific breed of rabbit. Within this breed there are many varieties that all have their own characteristics and properties, such as hair length and colour. When their fur has grown very long, they are shaved close to their skin (well, in most cases - we'll find out some rather nasty alternatives a little further down) and the hairs are collected. This hair is then spun into yarn, and woven into a fabric. As is the theory on microns, the smaller the yarn, the softer the fabric will be when constructed. The manufacturers will wait until the fur has grown very long again, approximately three months and the process is repeated again. Angora wool is spun and woven all over the world, and it is incredibly popular.

Can Angora Ever be Ethical? #Angora #Ethical

Angora wool is very distinct. Like many natural wool fibres, it possesses high heat retention and moisture-wicking properties. The difference? Angora is six times warmer than sheeps' wool! This is because the Angora hairs are actually hollow. This space inside the hair traps warm air and maintains it's temperature. This means that a person wearing a piece of clothing made from Angora wool, or sat cosily under an Angora blanket will stay lovely and warm.

Angora wool is also very very soft - softer and sleeker than any wool produced by a sheep. The fibre is usually 7 - 13 cm in length and 10 - 12 microns. The unique fibres gives the wool a "loft" and a characteristic `floating' feel. It is luxurious and lustrous. Unfortunately, it is these sought after characteristics and the time consuming manufacturing process that also means that Angora wool is often very expensive.

Unlike most natural wool fibres, Angora is not odour-absorbing. It does, however, have antistatic properties (great for taking on planes, for example!) and is incredibly durable.

Warm, natural fibres such as sheep's wool, are often very coarse - which is why Angora wool items of clothing are very popular. You can achieve the same level of warmth but the fibres are much softer and don't irritate the skin. On the other hand, garments made from Angora wool have to be hand washed, so that the yarn does not lose it's distinct, supple and soft handle. This additional hassle can be off-putting for consumers.

Another con that you may not have thought about is that because of these unique, sleek fibres, it is difficult to manipulate the hairs and create a product that doesn't have these characteristic, wispy, flyaway threads. This is why it's often very easy to identify angora, because the fibres can not be managed and whipped into shape. If you're a trying to create a very smooth surfaced fabric where you can see the weave, for example, you'll struggle. In fact, creating an angora product without these characteristic, wispy fibres escaping can be near impossible.

Why Is It So Controversial? N.B. Disturbing Images! 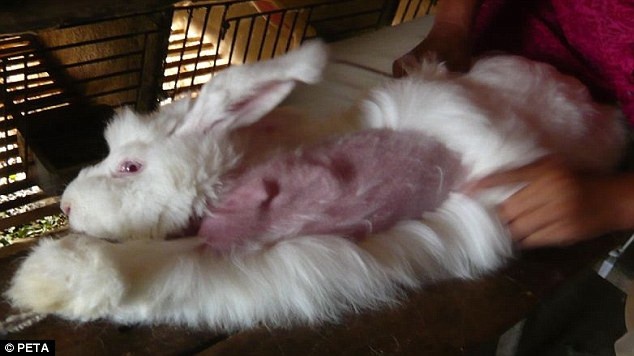 A few years ago you may have seen or heard about a PETA video filmed inside a Chinese Angora Farm.  You can see the video here. Warning it's not for the faint hearted. It is a gut wrenching look at the conditions that the animals live in and treatment of the rabbits being skinned alive for their fur. Fur is ripped from the skin to keep the fibres as long as possible. The rabbits are not killed, and when the fur grows back, they are put through the ordeal again.

According to PETA these conditions were the same for ten different factories they visitied in China, where 90% of the world's angora is produced. This video caused shockwaves around the world and dozens of high street retailers, like Topshop, H&M and Primark halted their orders. Before this, angora was a staple on the high street shelves, with cardigans and jumpers as low as £25 - £30.

Should Angora Be Shorn At All?

Yes. Angora rabbit fur needs to be shorn in order to keep them comfortable. If the hair is left to grow, as they get hot, they lick off the moulting hairs to cool down. This hair accumulates in their stomach, which is bad for them. Domestic Angora owners say that their bunnies enjoy being shaved, because they get the freedom to bounce about again! It only takes a few weeks – approximately three months – for the fur to grow back, and the cycle begins again. Watch this sweet video of a pet owner spinning wool straight from her angora bunny!

Does angora fur need to be taken so violently? #angora #wool #ethical

Some people, including PETA still believe it is unethical to farm angora rabbits at all, especially as some farms that shear the rabbits in an ethical way often keep thier rabbits inside in cages alone, so the fur doesn't get dirty or matted from fighting.

But there are some brands out there who are leading the way for ethical Angora, and being totally transparent about their production. Ethical angora producers William and Elizabeth Sichel of Orkney Angora talk about their ethical production in China. In the beginning, they farmed their rabbits in Orkney in the UK, adhering to the DEFRA Code of Welfare for Farm Animals. They have now outsourced their spinning and are more than happy with the quality of life of the rabbits in their farm.

A few years ago, finding a way to farm chickens for their meat and eggs ethically seemed like an impossible task. But up against consumer uproar, many companies all over the world have now committed to rearing and caring for their chickens properly. In a similar vein, if Angora rabbits could be given a better quality of life, then Angora wool would be much more positively received. Like I always say, if you're going to use it, then go and check out the farms and manufacturing units for yourself. It is possible for Angora to have a good quality of life and so why not use the wool that is being shorn to keep them cool? It is a by-product!

Angora wool is one of the warmest fibres #Angora #Rabbit #Wool