Silk: The Production, The Pros and The Cons

Silk, the queen of textiles, is synonymous with softness, sophistication and grandeur. If legend is true, silk was first discovered by Empress Leizu of China, who found a cocoon in her tea cup. She extracted the first silk thread in 2640 BC by unravelling this cocoon. Since then this beautiful fibre has survived centuries and we continue to be enamoured with it's luxurious elegance. It's exquisite qualities include a natural sheen, excellent drape, it's ethereal light weight and high absorbency.

Silk is produced from the cocoons of certain insect larvae. You might think that silk only comes from silk worms, but silk is also obtained from the larvae of a few other insects like bees, beetles, silverfish and mayflies, and is also produced by certain adult insects. Silk produced from silkworms have four life stages: Egg, larva, pupa and moth. The threads are obtained from the cocoons that protect the insect during it's pupa stage. In conventional silk production, a silk worms lifespan is cut short by immersing the cocoons in boiling water, thereby destroying the pupa inside. This is to ensure that the moth doesn't damage the silk cocoon and the resulting thread is continuous. 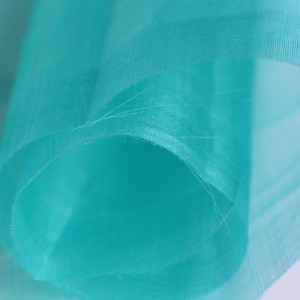 Raising of silkworms for production of silk is now an industry that is known as sericulture. Silk production begins with the laying of silkworm eggs in a manmade environment and continues like this:

As I mentioned, the silkworm has to be killed during conventional silk production in order to retrieve the silk thread undamaged. You might find this traditional method of silk production disturbing. Fortunately, for those of us who find this gruesome but love the exquisite properties of silk, there are other options.

There are animal-friendly silks where the fibre is extracted from the cocoons only after the moth has completed metamorphosis. To ensure that the moth has left the cocoon, each one is individually checked. In this case, since the cocoon is broken, the strands are no longer continuous. Because of this, you might notice that this type of silk is less smooth or shiny than conventional silk. “Ahimsa”or peace silk is one such ethical silk that is extracted from domesticated silkworms that have completed their life-cycle.

Another one is wild silk. The silk that we are most familiar with, is the one generated by the mulberry silkworm (Bombyx mori) which is cultivated in manmade silk farms. With wild silk, the caterpillars grow and reproduce in the wild and create silks that have a different texture from the common, domesticated worm (also known as Bombyx Mori). The broken cocoons yield shorter strands that are then woven into fabric. An example of wild silk is Muga, renowned for its natural golden glow.

Pros and Cons of Silk

As well as it's lustrous sheen, silk has several other benefits that are particularly useful for designers:

Although silk has all these benefits, we should remember that unless it is a "Peace Silk" it isn't a vegetarian fabric. The most desirable silk produced from the mulberry silkworm (also known as Bombyx Mori) requires several thousands of silkworms to create just one pound. For a beautiful selection of eco silks, please do have a look at the range on Offset Warehouse. Here are some examples:

If you'd like to read the next in our series, then please do add your email address to our Designer Insider Knowledge box at the top, or sign up to a more specific mailing list here.